Elon Musk and SpaceX have been garnering many of the headlines in the private launch vehicle arena, but Blue Origin, the space company founded by Amazon CEO Jeff Bezos, has been quietly achieving very positive, and arguably greater, success launching and landing rockets.

The company’s New Shepard rocket recently completed its second successful launch and landing. Currently, the launches are sub-orbital in nature. The rocket and attached capsule launch, the capsule is released above the official dividing line between atmosphere and space, the capsule experiences about 3 minutes of microgravity, then it comes back to Earth, deploys its parachutes and touches down.

Like SpaceX’s rocket, New Shepard lands vertically so it can be reused.

Blue Origin plans to begin operational flights in the second quarter of 2016. These flights will be unmanned, instead launching experiments in lockers – a small, 49 liter volume, up to 25 pound size, and a larger, 102 liter volume, up to 50 pound size which is exactly twice the footprint. These are interesting in that they are of similar size to those I used to install on the Space Shuttle and also use the same 28 volt power. 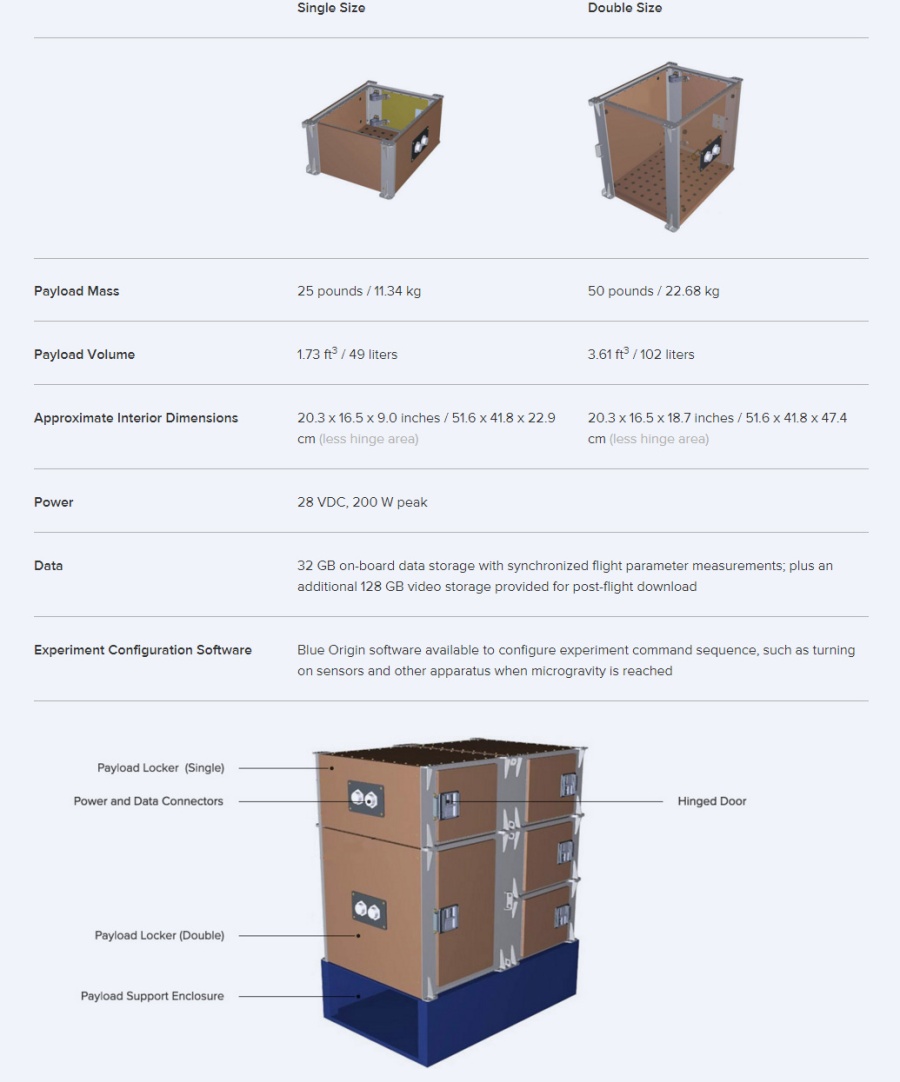 There is currently no schedule set for manned launches, but they have an astronaut experience already advertised on their web site. It will take passengers to an altitude of 100 km and provide three minutes of weightlessness along with unparalleled views out of over-sized windows.

Blue Origin is a testament to the fact that space companies are growing in number and that privatization of space access and exploration seems to be working. I will be the first to admit that I was skeptical when the Obama administration announced a major change in direction for national space ambitions when in 2010 it canceled NASA’s moon program and called for commercialization. My sentiments echoed that of former NASA administrator Mike Griffin who said at the time, “I’m one of the biggest proponents of commercial spaceflight that there is, but it doesn’t yet exist. I would like an enlightened government policy to help bring it about, but I don’t believe you get there by destroying all your government capability so there’s no option but for the government to do whatever necessary to get the ‘commercial operators’ to succeed. That’s not the way to do it.”

It looks like the government has succeeded in walking that fine line between national goals and commercial endeavors by pushing forward with such grand plans as the Orion spacecraft and manned missions to Mars while at the same time enabling companies like Blue Origin to get into the space game. I’m glad I was wrong in my misgivings about privatization of space programs, and am eager to see what the coming years bring.