Cyanide for an Atmosphere and 1800 in the Shade

Scientists from  London and Leuven, Belgium recently published a paper with information about the super-Earth planet 55 Cancri e. Through observations with the WFC3 camera onboard the Hubble Space Telescope, they say its likely that the planet has hydrogen cyanide for an atmosphere, and that it orbits so closely to its parent star (about 25 times closer than Mercury is to the Sun) that temperatures range from 1000 K – or more than 1800° F – to 2700 K. There is speculation that the variability in temperature is from highly active volcanos which shoot dust and gas into the atmosphere. The planet is also tidally locked, meaning it doesn’t rotate with respect to its star. There is a permanent dark side and a permanent light side. Talk about keeping the hot side hot…

55 Cancri is a star system in the constellation Cancer. It is relatively close to our solar system – only about 41 light years away. One of the interesting things about this system is that it is a binary star – meaning two stars exist in the same system. The main star, 55 Cancri A, is very similar to our own sun. It is G-type, meaning it is white to yellow in color and roughly the mass of our own Sun. It is a little larger (about 15%), but is much less bright (its luminosity is about 57% that of our Sun).

The system also has five known planets: 55 Canci b, c, d, e, and f – with the more readable names of Galileo, Brahe, Lippershey, Janssen (the planet studied), and Harriot.

What is a Super-Earth? 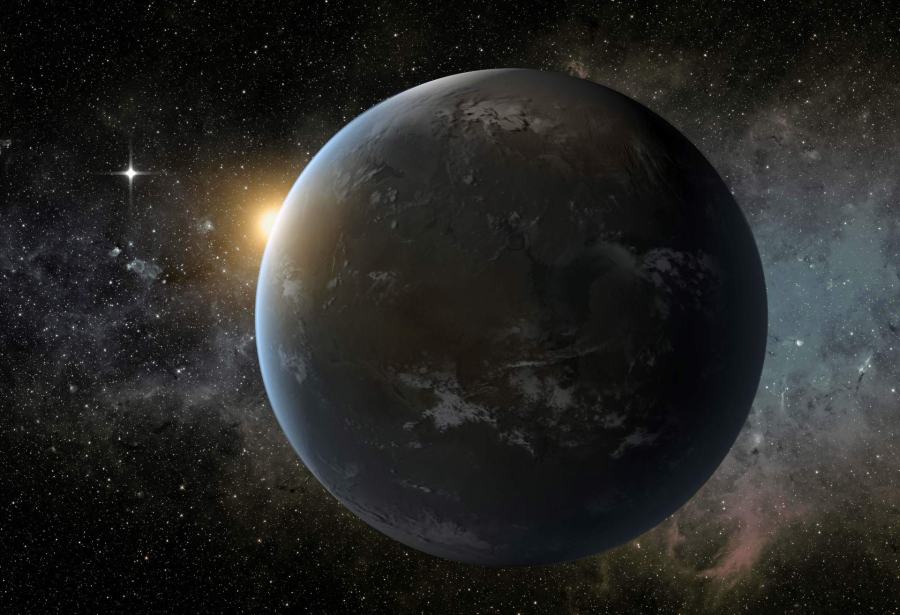 As telescopes like Kepler continue to find more and more planets around nearby stars, it is becoming apparent that planets with a mass of one to ten times that of Earth (super-Earths) are relatively common. By one account I found, as many as half the stars nearby have super-Earths orbiting them. It should be noted that the term “super-Earth” in no way refers to atmosphere, geologic make up, presence of water, or anything other than the fact that it is rocky in nature and is of the size mentioned.

Why is This Atmospheric Discovery Exciting?

This is the first time that researchers have been able to find clues as to the potential make up of the atmosphere surrounding a super-Earth. While Janssen is one of the least hospitable planets for supporting life, this opens the door for potentially finding super-Earths that are capable – and when the Webb telescope launches, perhaps Earth-sized planets with life-supporting atmospheres will be found too.