Super Yacht of the Future

Designer Jonathon Schwinge has decided to take the world of yachts to the 22nd century with a decidedly futuristic design he calls Tetrahedron – an apt name considering it is, well, a tetrahedron – that appears to fly above the waves. It can do this because the yacht itself is an advanced hydrofoil design.

What is a Hydrofoil?

Hydrofoils have been around for decades and used in a variety of applications ranging from military to ferry services to sail boats to water skis. The way they work is that a submerged structure and foil – or wing – gets lift under water the same way that wings lift a plane into the air. That lift allows the whole structure to lift out of the water when it reaches a certain speed, greatly improving top speed and performance, while lowering drag. 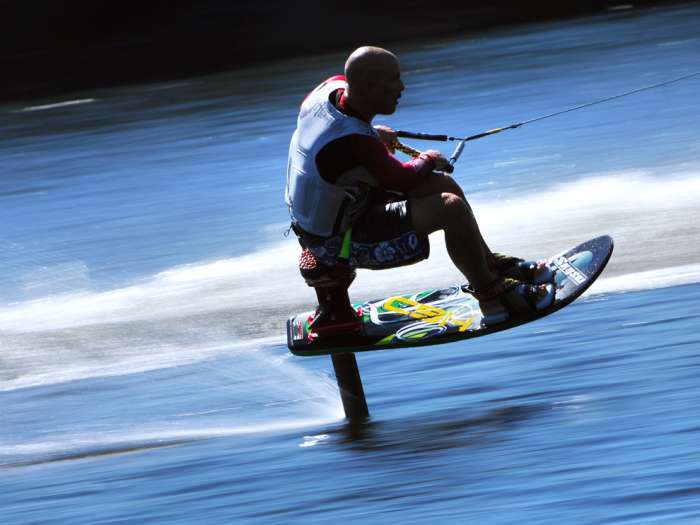 How Does Tetrahedron Do it On One “Leg?”

Most existing hydrofoil designs look somewhat messy, with pieces of structure hanging out of the hull in all sorts of different angles. While functional, such a look is definitely not clean and elegant – a must for yachts. As Schwinge puts it on his web site, “generally, simple forms are not known in ship and motor yacht construction through restrictions in ocean-going hull design.”

Schwinge is clearly going for a combination of form and function, and the Tetrahedron has a lot of the form-er. “Its form produces a pure, precise, logical and mathematical ‘roof’ from which to connect to the hull assembly.” Underneath the sci-fi looking pyramid superstructure is a submerged “torpedo” with multiple foils that provide lift.

This configuration requires precise control. The Tetrahedron provides that via a computer controlled “fly-by-light” system originally developed for the aviation industry.

What About Depth, Docking?

Certainly, the depth of the torpedo presents an issue when the ship isn’t “flying.” That’s why the whole structure retracts tightly against the bottom of the ship. In this slow speed configuration, the Tetrahedron floats on three more traditional hulls.

As for docking? This is one area where the Tetrahedron will have some issues. I envision that one of the rear points would be secured first, then the whole vessel would rotate around it to have a flat side nestled nicely against a dock. However, it would take a wide slip, because the third point of the 25 meter ship would be sticking out pretty far compared to other yachts. It would certainly limit where it could dock.

In all, the Tetrahedron looks amazing, will likely have excellent performance, and will have a lot of space to utilize.

Maybe I could put up with the little extra fuss of docking it.